In the ancient times, Armenian women participated in a traditional festivity called "Jan Gyulum". Jan Gyulum is also known as Hampartsoum, a celebration of love and enjoyment, which takes place outdoors in the month of May, 40 days after Easter (referred to as Ascension Day). Following Mary and Harut's surprise romantic engagement, instead of a bridal shower, Mary's family organized a Jan Gyulum to celebrate the bride to be. We spoke with Mary and she provided all the details of this beautiful Armenian tradition and her special day in her interview below. 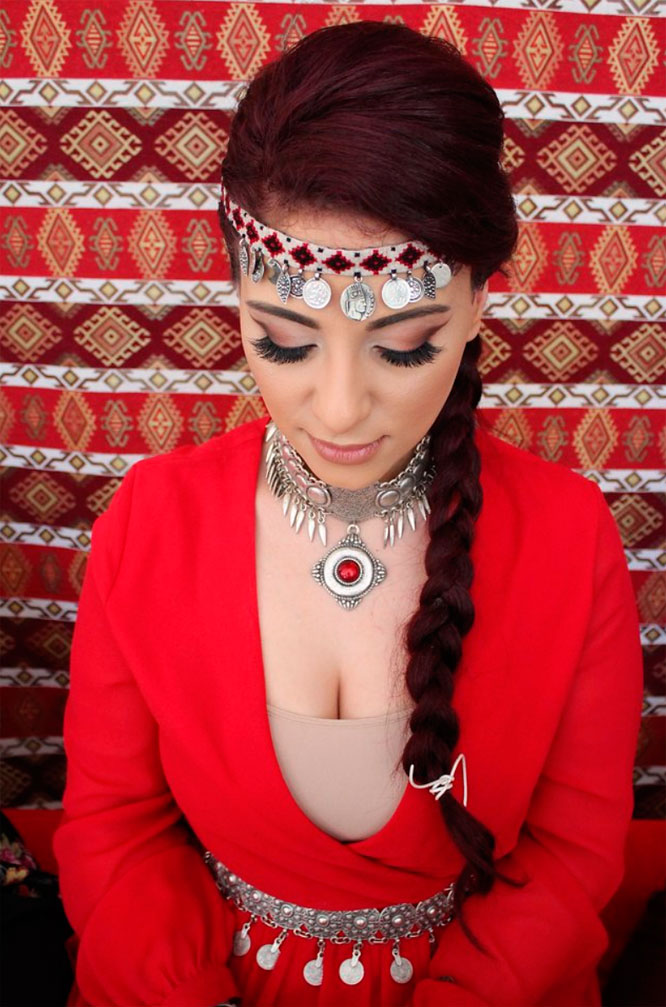 Q: What is Jan Gyulum?

Mary: Jan Gyulum is a celebration of nature and its many elements including spring, flowers, and love. Back in the days, during the week of Jan Gyulum, the women went out into the fields and sang songs that held a taste of the countryside. In Armenia this week of celebration was very important.

Starting Wednesday, all the women including single women, new brides, and even the elderly, were not allowed to do any house work because they considered this a time for happiness.

On Thursday, the celebration started as the women began collecting herbs and ingredients for the food that would be prepared.

On Friday, women picked flowers and collected water from 7 fountains and filled them into a vase.

Then on Saturday night, the older women prepared the food, whereas the younger women engaged in a ritual called vichakakhagh. During this game, the young women would collect some item of sentiment, such as a jewelry piece, from each participant and throw it in the jar of water. The collected items were called "Vichak".

Saturday night, also known as "Hurashki gisher" (Night of Miracles), the vase of the "Vichak" was kept uncovered under the stars to take in the "miracles" from the sky. The belief behind this doing was that leaving the case uncovered under the stars would cause the sky to share its magic, and the sun and moon would express their love for one another. They believed that the flowers and trees would wake up to share their secrets and powers; the grass and leaves would share their healing secrets; and the sky and nature would connect together, to make the lovers love more, the poor richer, the sad happy. This ritual was meant to grant the participants the desires of their hearts.

Finally, on Sunday night, the women of the town that had thrown in a piece of jewelry or something of sentiment in the vase, would get to hear their fortune. The children would pull one piece of jewelry from the vase along with a fortune, which was a line or two from old Armenian literature. That snippet was believed to determine the future of the owner of that piece.

Q: Did you make any adjustments to this tradition when planning yours?

Mary: We had to do many things differently, unfortunately. First, Jan Gyulum traditionally takes place on the second week of May. But because it falls on the same weekend as Mother's Day, we adjusted the schedule and celebrated on April 30th. Another example is that we couldn't go to 7 fountains to collect water, so we ask guests to bring their own cup of water from their home. Also, this celebration is done outdoors but we did our event indoors at my aunt's house. Instead, we tried our best to create the scenery and recreate the old traditional environment by decorating, dressing up, preparing Armenians dishes, and singing cultural songs. 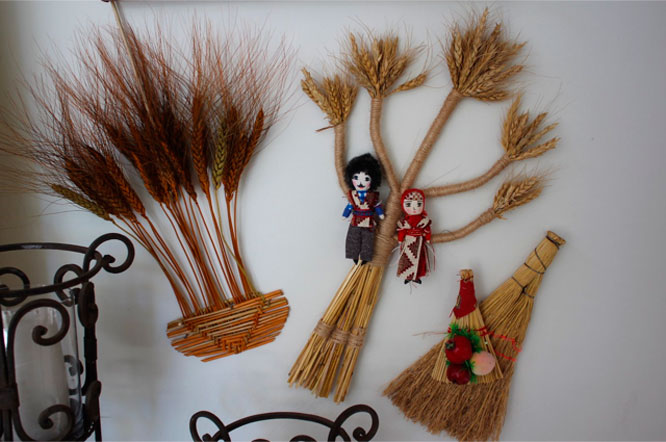 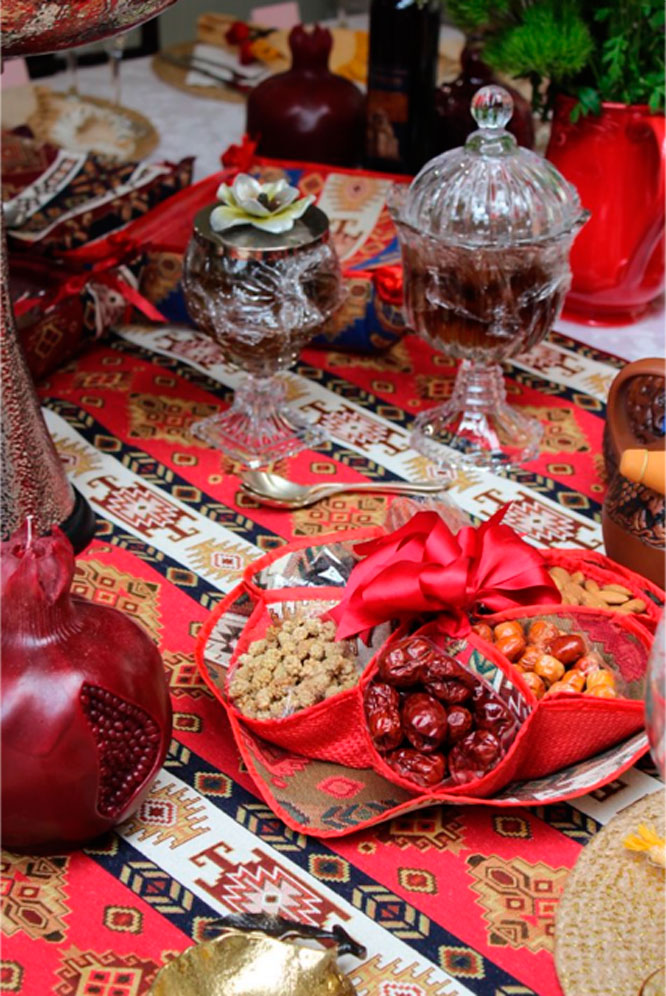 Q: Is Jan Gyulum done in place of the bridal shower?

Mary: I chose to do it as a bridal shower, but back in the days, it was a celebration that included all women, not just those getting married.

Q: What did you and your guests wear?

Mary: We asked our guests to dress as traditionally as possible. Luckily my guest went above and beyond expectations. Most of us had purchased regular dresses from common stores and boutiques and added jewelry to make them traditional. Others, handmade their outfits! 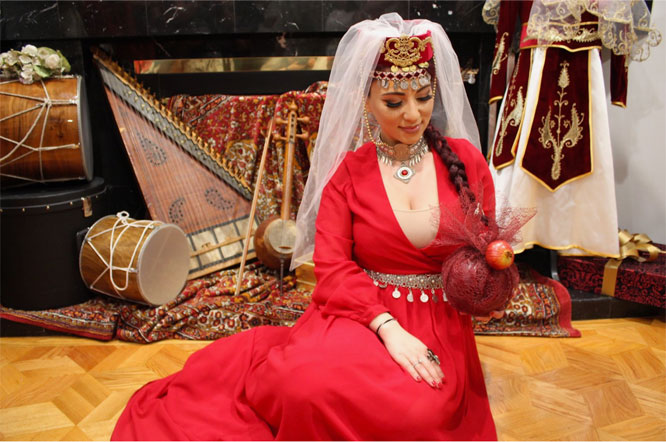 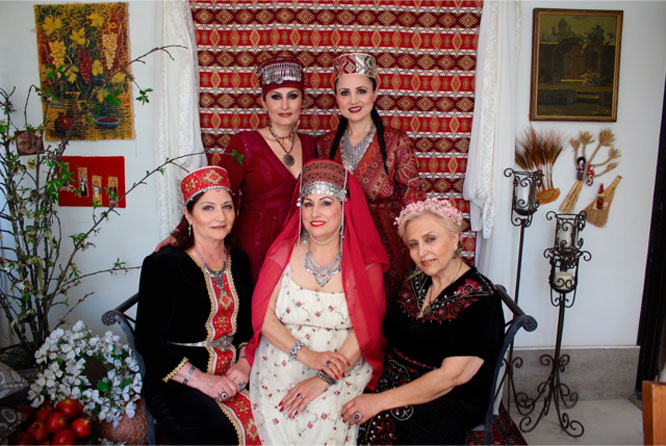 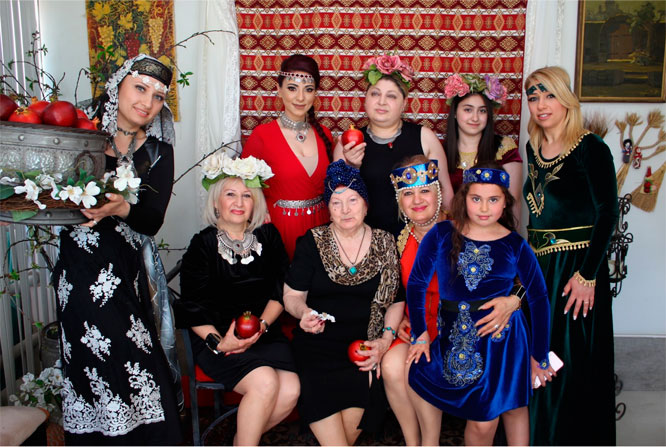 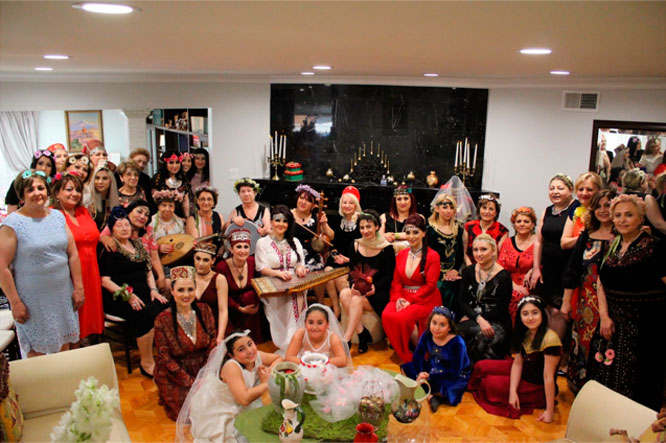 Q. What was your most special and/or favorite moment from that day?

Mary: One of my most special moments was when my fiancé stopped by at the end of the party with flowers as usually done on bridal showers. In our case, we ended up dressing him up too! 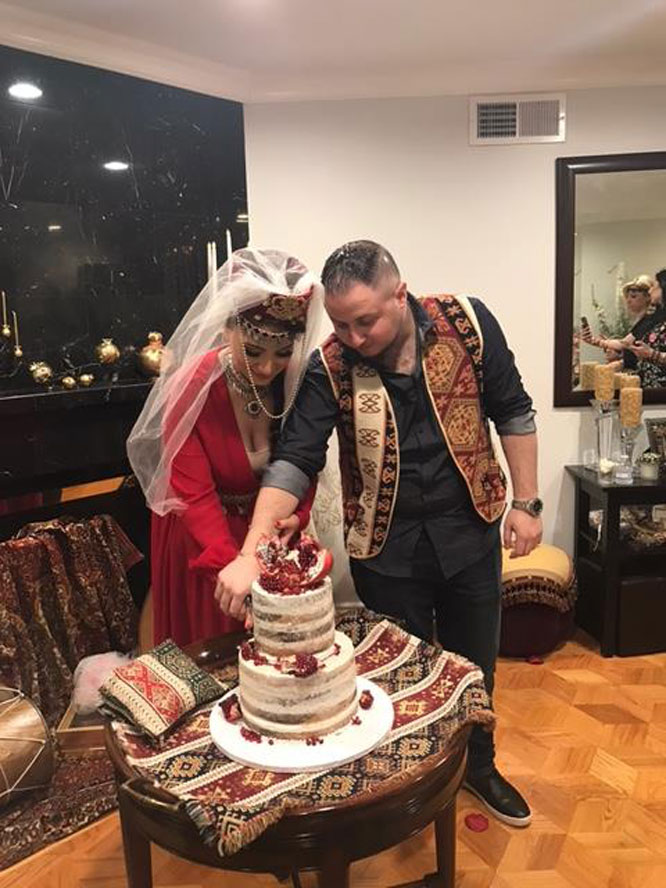 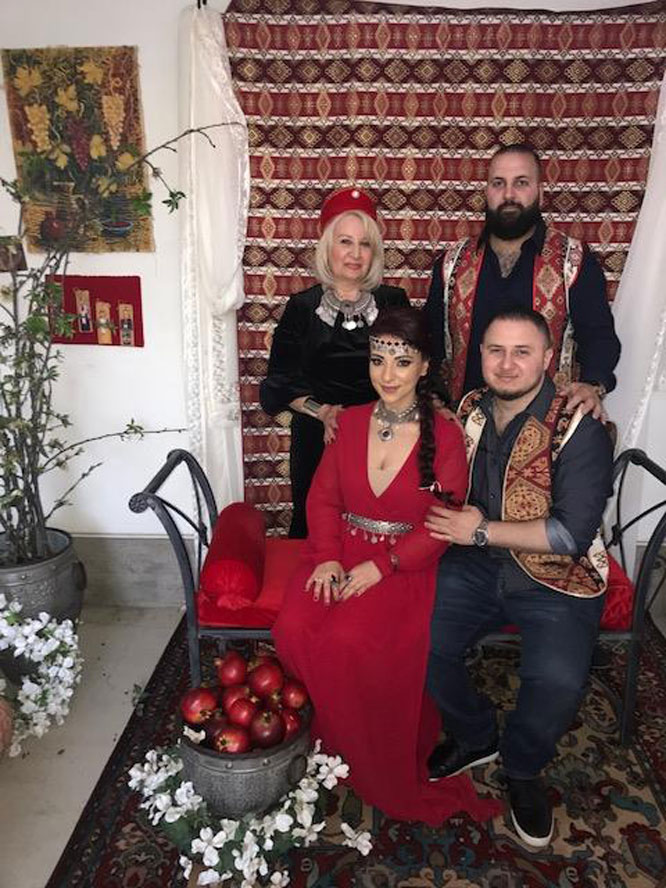 Q: Were you familiar with this tradition prior to planning yours?

Mary: The first time my family and I experienced this was almost 15 years ago for my Aunt's daughter-in-law. Her Jan Gyulum celebration was a bit more "Americanized". For mine, we tried to make everything as Armenian and traditional as possible!

Keep in mind that as most traditions, Jan Gyulum has been passed down from one generation to the next and details may vary! If you're interested in learning about more traditions, check out our Armenian Wedding Traditions blogs!

Special thanks to Mary for sharing all the details about her Jan Gyulum celebrations and educating us about this Armenian tradition. We fell in love with Mary and Harut's romantic and surprise proposal, and now we are so touched by Mary's choice of incorporating Armenian traditions in her bridal shower.

Congratulations Mary and Harut and we can't wait for your big day on October 20, 2017! 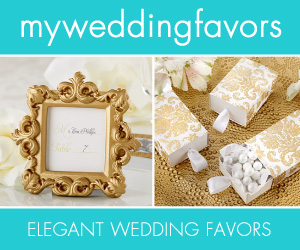 Harsanik is a perfect guide for all of your wedding planning needs! "Harsanik" is the Armenian word for wedding.